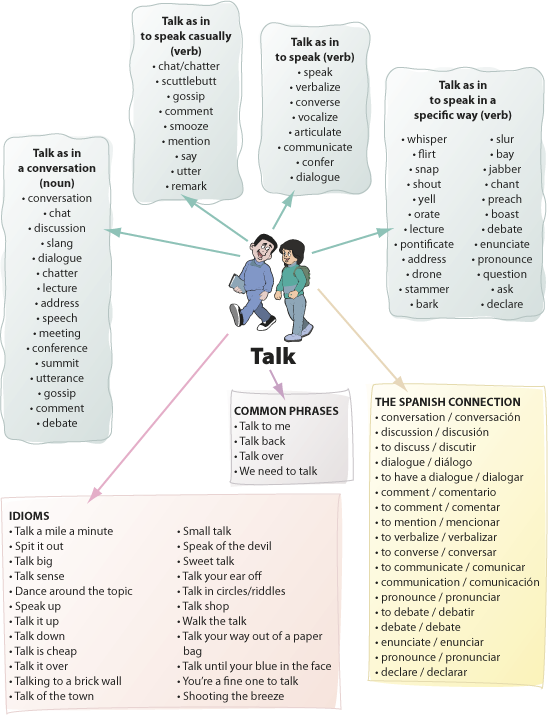 Talking is, of course, a ubiquitous human activity. In schools, students talk to one another in the classroom, on the playground, or in the lunchroom. Teachers talk to give instruction or to counsel students. Students talk to teachers to respond to questions or to express a concern. Describing different types of talking is one way to bring exceptional expressions into everyday events.

The word talk can be used as a verb as well as a noun. To talk is to communicate verbally, through speaking rather than writing. Since the way we talk carries with it our emotions and goals, spoken communication can take many forms. Shouting, whispering, and preaching convey very different attitudes on the part of the speaker, which in turn will affect the reactions of those who hear what is said.

Talk comes from a Middle English word, talkien or talken. The Spanish word for to talk is hablar. Hablar is not a Spanish cognate of to talk. 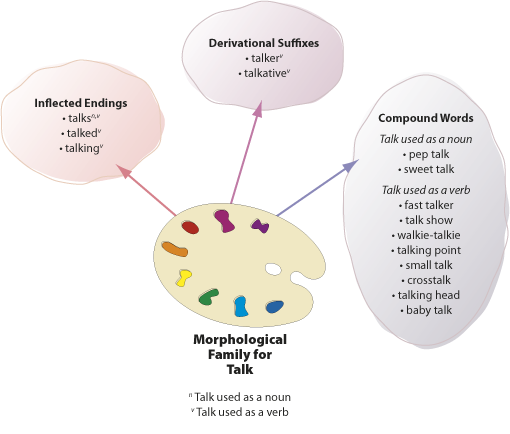