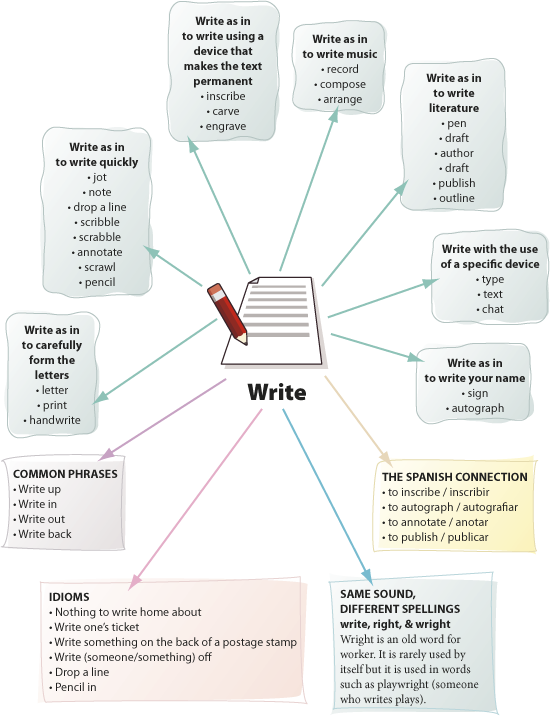 Writing is a form of communication that people use everyday. It can be as simple as jotting down a list of groceries, or it can be as complex as producing a research paper. Writing can also be as full of emotions as a love letter.

In a classroom, students have many opportunities to write. Students can write in their notebooks about a science experiment, or they can write on a computer a class report about Ancient Egypt. Look at the different ways people can write. Encourage students to use a new word everyday.

The word write comes from an Old English word, writan. Writan came from an Old Frisian word, writa, that means “to score, write.” The Spanish word for to write is escribir. Write is not a cognate of escribir, however, escribir comes from the Latin word scribere. It is suggested that the word scribe came from the Latin word scribere. One definition of scribe is a person whose official duty is to write or record text. Scribe is also the root for words such as describe, inscribe, and prescribe. The definitions of these three words are tied to writing or communication through words. Scribere is also the origin of the words scribble and scrabble. 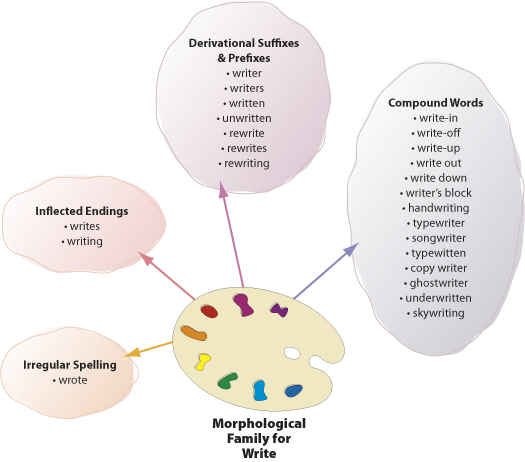