Everyday learning in the classroom requires the asking of a variety of questions. A teacher asks students to answer a difficult math problem. Students ask the teacher to clarify instructions for a writing assignment. A student may ask another student about a homework assignment.

As illustrated in the word web, the word ask can be used in a multitude of ways. How the word is used in a sentence provides the framework for the meaning of the word. These different uses should be emphasized for English Language Learners.

Some synonyms of ask can imply emotion or meaning. For example, a person begging for money, or mercy, indicates desperation. To merely ask for something doesn’t suggest an emotion. Ask is a neutral term. Look at the synonyms of ask and see if there are other words that convey feelings or special meaning.

The word ask comes from an Old English word, ascian, for “to seek.” The Spanish word for to ask is preguntar. Ask and preguntar are not cognates. However, some synonyms for ask do have Spanish cognates. 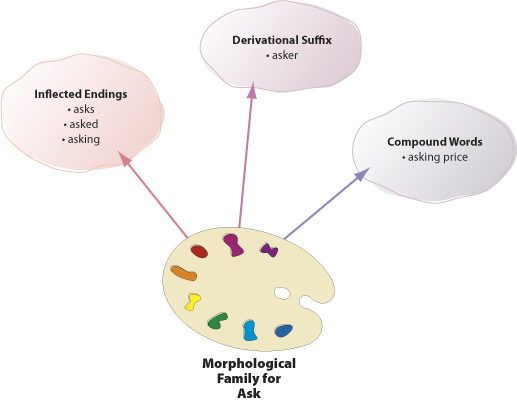