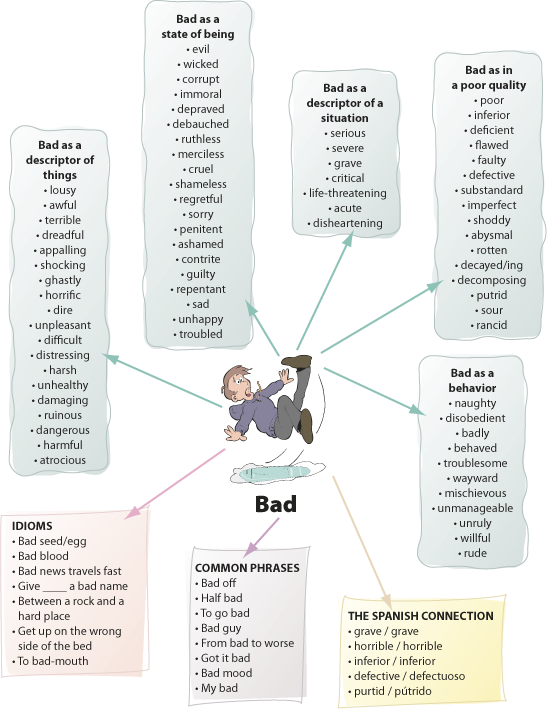 Bad is an adjective that can be applied to many unfortunate situations. The word bad can be used to refer to quality, behavior, or state of being. As an evaluative word, bad, together with its many synonyms and alternative expressions, could be used very productively in a word line exercise. Food that goes bad is unhealthy or unusable. A child’s bad behavior may be called inappropriate. A student might consider his bad test score as dreadful or atrocious. Bad news could be disheartening or even devastating.

Linguists are not certain of the origin of bad. Most likely, bad was an old English word. The Spanish word for bad is malo or mal. Although the Spanish word is not a cognate, the prefix mal- (which came from French or Latin) is a helpful tool for students. The word malice itself is a noun meaning the desire to do something bad or evil. Mal- as a prefix often turns a word into something bad or faulty. To malfunction is to not function properly. Malodorous is to smell bad. 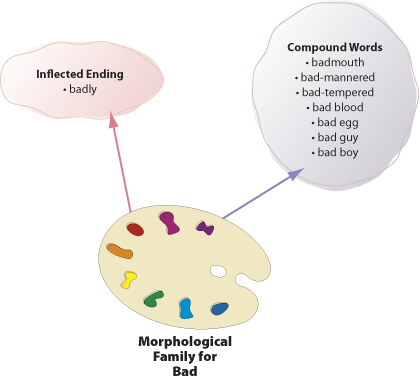