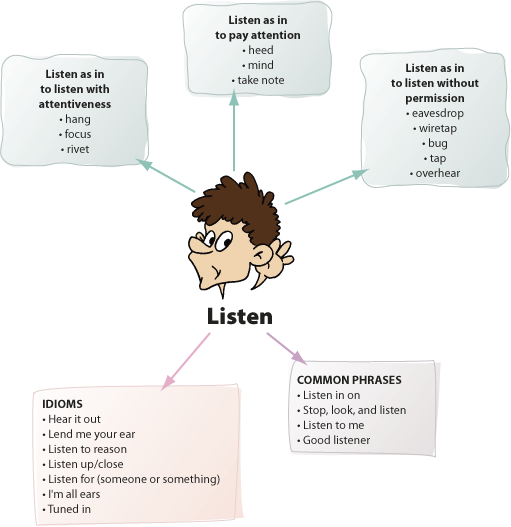 An everyday event in classrooms revolves around listening—listening to peers, teachers, CDs, DVDs, announcements on the school sound system, and so on. Listening is an integral part of learning.

Listen is typically used as a verb. For example, teachers may ask students to listen carefully to a guest speaker. In this instance, listen is used as “to hear attentively.” Another use of the word listen can be exemplified by a student complaining to a friend or teacher that someone isn’t listening to what is being said. In this instance, listen is used to describe the act of paying attention. This second use of listen is as a command as when someone says, “Listen! It’s important to hear the announcement.”

Although listen is commonly used as a verb, listen can also be used as a noun. A person can ask that someone give an idea or a song a listen. In this case, listen is used to describe trying something out by listening to it.

Listen comes from an Old English word that was spoken in the northern region of the British Isles—lysna. The Spanish word that means to listen is escuchar. Lysna and escuchar are not cognates. None of the synonyms for listen have Spanish cognates. 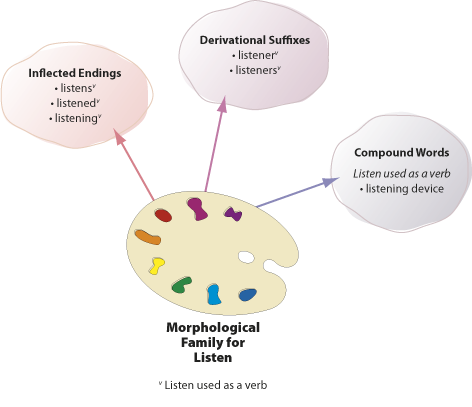