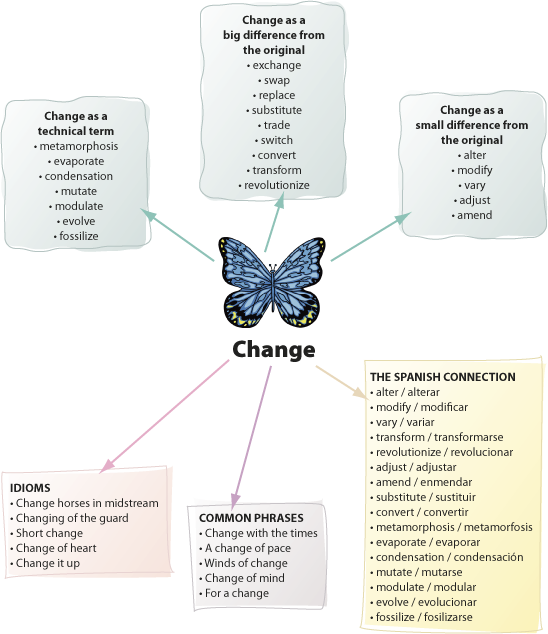 Changing the subject, let’s talk about change. Change is widely used as both a verb and a noun, but in all cases it refers to a situation in which something is made or becomes different in some way. A decisive battle in a war might change the course of history. Maple leaves change bright orange and yellow in autumn. Flying from the West Coast to the East Coast of the U.S. may require travelers to change planes several times. School events may require teachers to change or adjust their class schedules. In a science class, students may learn about changes that occur in nature, such as the metamorphosis of a caterpillar to a butterfly. In history, they may study social changes during different eras. In a different context, converting a large bill into smaller denominations, or converting a dollar bill into coins, is called making change.

Changes can be very minor, for instance correcting a typo in a report, or extreme, such as the devastating impacts of a hurricane or flood. Many more explicit words exist that can be used instead of change, such as alter, modify, transform, evolve, adapt, revamp, revise, and mutate. 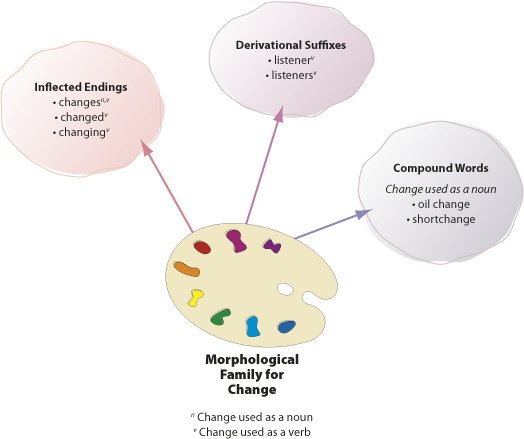