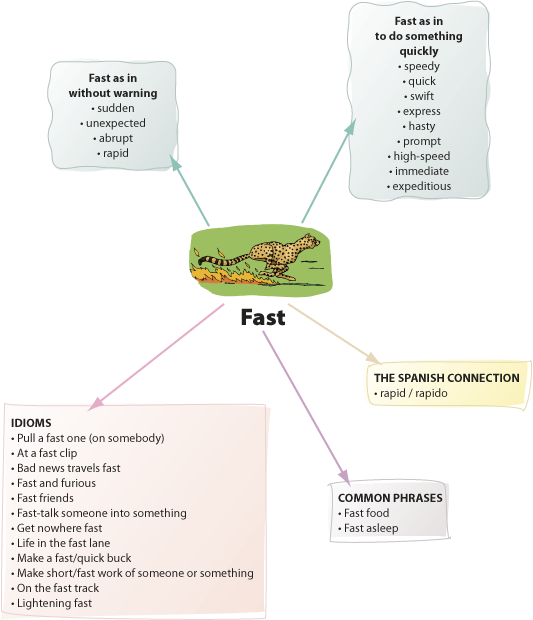 Fast is a versatile word, with many meanings and uses as well as synonyms. The most common use of fast is as an adjective or adverb referring to speed. Some people love to drive fast cars, which leads them at times to drive too fast. Being the fastest runner is an advantage for an athlete. An approaching hurricane will bring fast changes in the weather.

The word fast, however, also appears in expressions such as “fast friends,” which means friends who feel very close, and “colorfast,” which means that the color will not fade or wash out. This use of fast is similar to another of its meanings, “hard to move” or “securely.” A frightened child will hold fast to her mother’s hand. Another definition of fast is to purposely go without food for health or religious reasons. The act of a person abstaining from food is called a fast, a noun form of the word.

Fast is widely used in colorful idioms, and it is an excellent word to explore on a word line. In addition to learning about fast, faster, and fastest, students can discuss the differences between words such as quick, speedy, hasty, hurried, or breakneck.

The word fast comes from an Old English word, fæst, which meant “firmly fixed.” This meaning can be seen today in the verb fasten (as in fasten your seat belt) and the expression “held fast” (as in held fast by a rope). Fast does not have a Spanish cognate. The Spanish word for fast is rápido, which is the Spanish cognate for rapid. 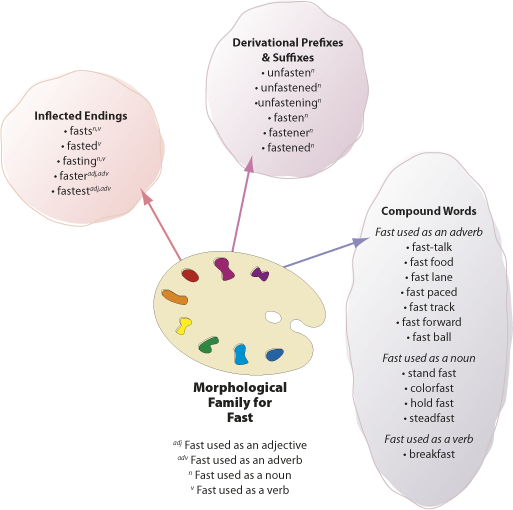