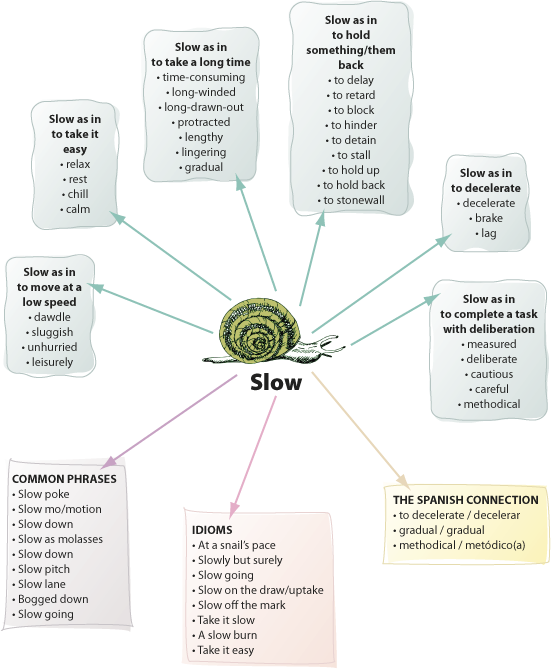 Like its opposite, fast, slow is most often used as an adjective to describe an aspect of speed, in this case, low speed. A sore muscle caused the jogger to run at a slow pace. The day was warm and sunny, so the couple took a slow stroll through the park. The slow traffic was the result of an accident on the highway. A public bus is usually a slower mode of transportation than a car. The word slow often appears in combinations such as “a slow-moving train” or “slowpoke” (a person who moves slowly).

The verb slow means to decelerate or to reduce progress. The heavy snow slowed the hikers’ climb up the mountain. The broken computer slowed the student’s progress on her report. As an adverb, slow means in a slow manner and usually takes the form slowly. A leopard might creep slowly toward its prey. A grandmother might wake slowly from her nap.

Slow comes from an Old English word, slaw, meaning “slow-witted, sluggish,” and deriving from an Old High German word for “blunt, or dull.” Over time, slow developed to also mean “to move at a low speed.” The Spanish word for slow (moving at a low speed) is lento. 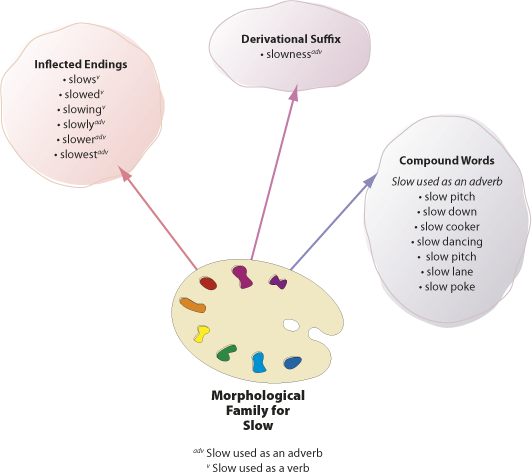