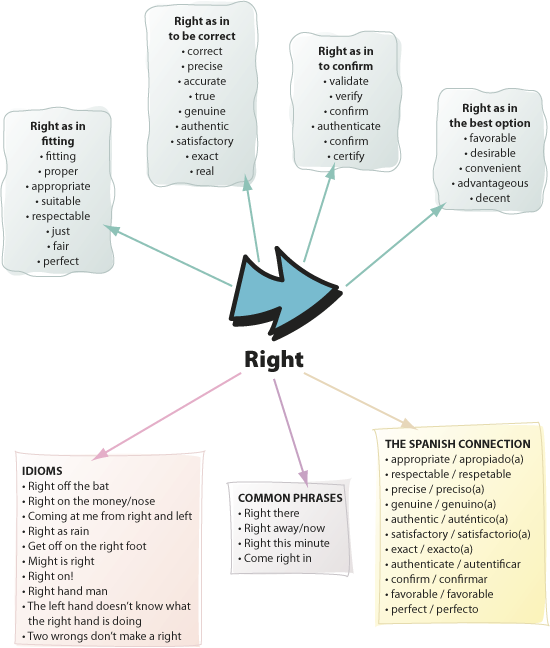 Understanding the many, many ways in which the word right is used will certainly expand students’ language facility. Right serves as an adjective, an adverb, a noun, and a verb, in addition to appearing in quite a few vivid idioms such as “right as rain” and “right off the bat.” As an adjective, right can mean morally good, factually correct, or appropriate. It was tempting to keep the money he found, but Marcus knew returning it was the right thing to do. The math problem had only one right answer. Maria went shopping for the right scarf to match her new dress. Right also refers to one side of a person or thing in the context of right versus left (right hand, right eye, right field).

Right as a verb means to restore something to its normal or upright position (as in to right a sailboat after it has turned over in the water), or to redress an injustice. Merely saying he was sorry did not seem to right the damage the man had caused.

In addition to its directional uses, the noun right is an important word in social and legal contexts. Right means that which is morally, ethically, or legally proper. Even young children know right from wrong. Laura had every right to be angry when the other girls bullied her. For many years, women in the United States did not have a legal right to vote. Judges often weigh, or balance, the rights of individuals against the good of the society. 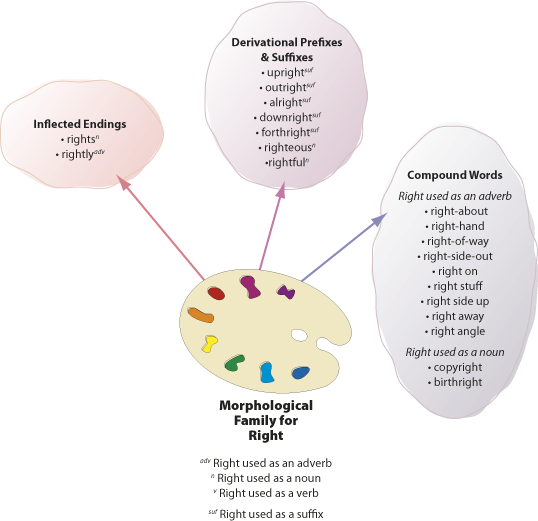