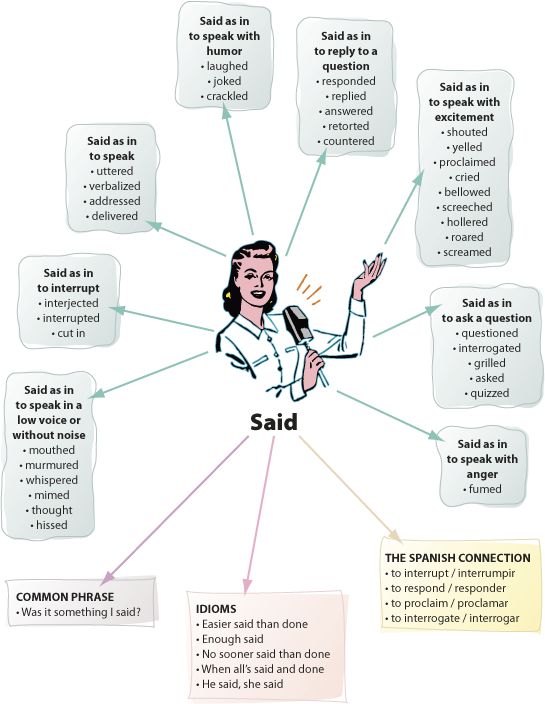 Said is the past tense and past participle form of the word say, and it is an unavoidable term for anyone using the English language. Meaning to speak, utter, declare, or express, said and say could appear in nearly any sentence where one person is conveying information to another. The instructions said this was the proper way to assemble the bicycle. The government report said everyone should eat more fruits and vegetables. Rosa said she would arrive at 4:00 p.m. If anything, the word said might be overused, since it is a neutral word that does not necessarily provide much contextual information. Everyday communication can be made more accurate, or more engaging, by using the many synonyms of said.

The word said comes from an Old English word. But the word said can be found in many different languages as well. The Spanish word for said is dije. It is not a cognate for the word said. But many of the synonyms for said do have Spanish cognates. 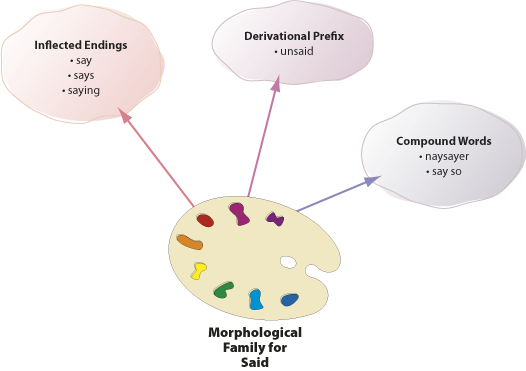