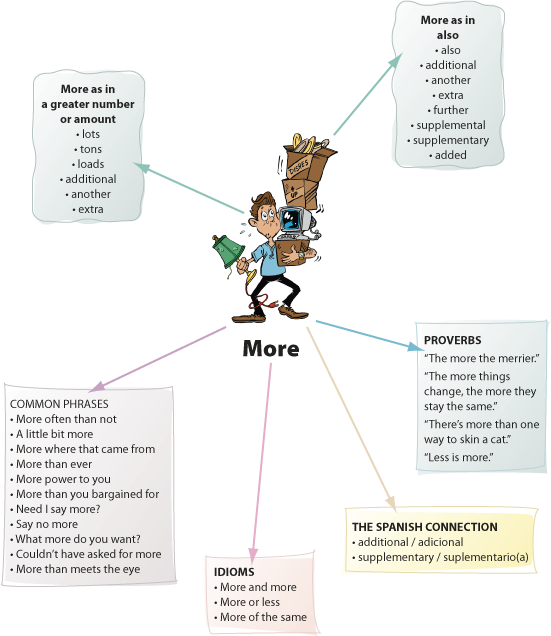 More is a word that can be used in more ways than you might imagine! In general, more helps in making comparisons between different quantities, as in “This t-shirt costs more than that one, and “More students are attending the football games now that the team is winning.” In the first example, more is an adverb, and in the second it is an adjective. More can even serve as a noun, as in, “I wanted more, but my brother ate the last of the cake.”

There is one catch to learning when to use more that can be confusing. Some words, for example, fast and high, usually form comparisons by adding the endings -er and -est, instead of using more and most (“ran fast, ran faster, ran fastest,” and “climbed high, climbed higher, climbed highest”). A helpful rule of thumb is that words of more than one syllable tend to be used with more and most. More is also seen in word combinations such as anymore (“any longer”) and furthermore (“in addition”).

The word more is a cognate of the Old Frisian word māra. The Spanish word for more is más. Although more and más are not cognates, some synonyms for more do have Spanish cognates. 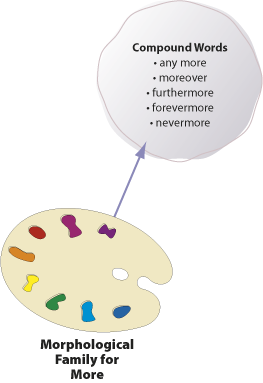