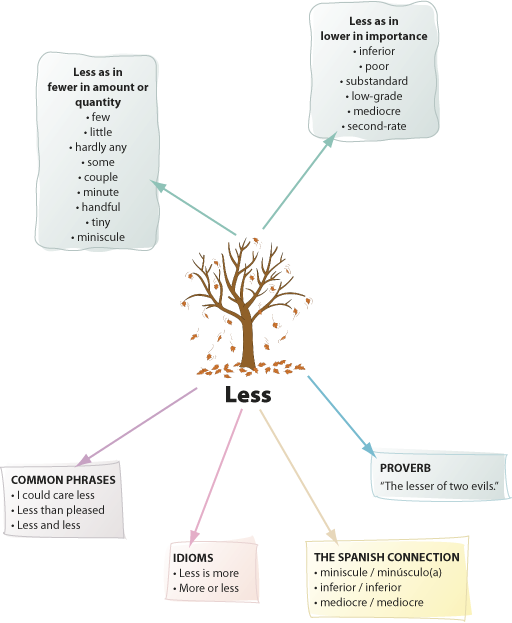 The word less shares some traits with its counterpart, more. It, too, is a comparative word that functions as an adjective, an adverb, or a noun, but less refers to smaller rather than larger quantities: Unfortunately, this fall’s bake sale raised less money than last year’s. Rita was less happy with this week’s test score than last week’s. The less Teresa practiced her guitar, the worse she played. Furthermore, in its mathematical uses, less is even a preposition: One dollar less forty cents equals sixty cents. Five is less than ten.

Also like more, less is part of a set of comparison words: little, less, and least. David enjoyed eggplant a little, he enjoyed broccoli less, and he enjoyed brussel sprouts least of all. Less, too, is used with verbs, adjectives, and adverbs to express comparisons and degrees. Because he was busy, Michael listened less to music than he used to. Because this assignment was too easy for him, Ralph found it less interesting than the last one. Because he was distracted, Frank listened less attentively to his teacher than usual.

Less comes from an Old English word that described anything that was small. It is not clear whether the older word was used in the context of comparisons, as less primarily is today. The Spanish word for less is menos. Less and menos are not cognates, but some of the synonyms for less do have Spanish cognates. 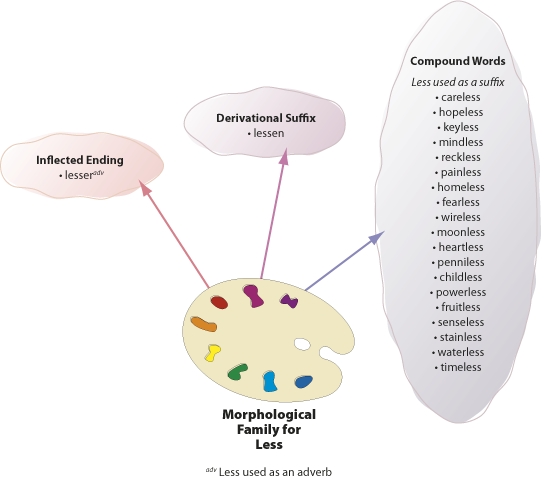