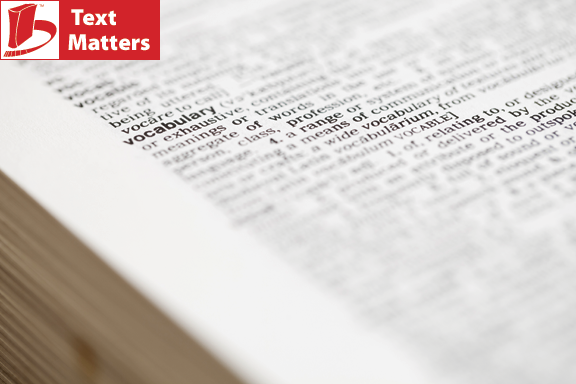 The Common Core State Standards (CCSS) are changing curriculum planning and classroom instruction in many ways. One significant change involves the difficulty levels of text. In the past, standards documents have referred to proficiency with grade-level texts. However, grade level was not defined. The CCSS represents a departure from this practice. Standard 10 of the CCSS specifically calls for increasing levels of text complexity across the grades to ensure students’ proficiency with the texts of college and career. This standard affects all students, but it represents a special challenge to English Learners. Many educators ask what increases in text complexity mean for English Learners, many of whom struggle with their current texts.

What, then, is text complexity, and how can English Learners achieve success with this standard? First, an understanding of what makes texts complex is in order. Archaic language, lengthy sentences, new topics, unusual writing styles, unique text structures—these features and many others affect the complexity, and hence the comprehensibility, of text. However, the foremost challenge for English Learners is a text’s vocabulary (Pasquarella, Gottardo, & Grant, 2012). The syntax of a new language does present obstacles to comprehension; however, vocabulary is the most significant hurdle when learning a second language.

Two issues of Text Matters are devoted to the topic of complex text and English learners. This first issue describes support for English Learners in developing strategies and knowledge about the vocabulary of complex texts. The second issue of Text Matters presents guidelines for selecting appropriate texts that move English Learners up the staircase of text complexity. Both topics depend on teachers’ understanding of how English words work.

The Distribution of English Words

The percentage of rare words in a text can vary considerably, even among complex texts (see Table 1). An increase of only one or two percent in rare vocabulary can make texts considerably more complex. When viewed from the vantage point of a thousand-word text, a rate of 8% means the text has about 80 rare words, while a rate of 10% means that a text has about 100 rare words. An additional two rare words in every 100 words can increase the challenge of a text.

The next Text Matters gives guidelines on appropriate rates of rare words for English Learners at different developmental levels. In this issue, the focus is on the extended vocabulary and ways teachers can support English Learners in understanding this vocabulary.

To help English Learners build strong vocabularies, teachers need to focus on general principles and strategies of word learning. They also need to conduct short lessons and discussions about the vocabularies of specific texts.

This Text Matters focuses on the rare vocabulary of literary texts, not that of content-area texts. Content-area standards are explicit about the topics and the concepts underlying those topics (Marzano, 2004). In that concepts are represented by vocabulary, the critical words in a physics unit are clear within standards and curricula (e.g., magnetic attraction, repel, polarity). This vocabulary becomes part and parcel of activities and discussion. Words such as magnetic attraction, for example, are used repeatedly as students engage in inquiry with magnets.

Such clarity is not evident in English/Language Arts standards where literary texts are the focus (Marzano, 2004). Literary texts often present rare words that are unique to a particular story. Each text has its own rare words. Thus, students cannot become proficient in the meaning of these words through repetition.

These rare words, however, represent specific elements of stories. An author of a literary text chooses a word intentionally from the extended vocabulary to communicate an action, a social relationship, the feature of a place or event, and the feelings and attitudes of characters. In Geeks, for example, Katz (2000) could have used numerous words to describe the condition of the furniture within the apartment of his protagonists. However, by describing the beanbag chair as moldering, readers get a clear idea of the condition of the apartment. Just as in mathematics where lessons build understanding for future problem solving, considerable time needs to be spent in developing the linguistic foundation of English vocabulary for the future reading of complex literary texts.

This pattern of single-appearing, rare vocabulary does not only appear in narratives, though. It also appears in magazine articles on topics of science, history, and civics to describe traits, features, interactions, and contexts. This style also extends to full-length texts with a literary stance about technology and science (e.g., Geeks) and history and political science (e.g., A Night to Remember). English Learners need to become adept with such vocabulary for a variety of reasons, including the heavy presence of literary texts on assessments.

Instruction of General Principles and Strategies

Analyses of two Grade 6–8 texts from the CCSS’s Appendix B exemplar list—Geeks and A Night to Remember (NTR)—demonstrate the two types of vocabulary instruction needed for proficient reading of literary texts: (a) general principles/strategies and (b) lessons with specific texts. Both texts typify the literary texts offered as CCSS exemplars. Both have higher levels of extended vocabulary than other Grade 6–8 exemplars (see Table 1), which is why these texts were selected for illustration in this Text Matters. Analyses of these two texts show that, even in these vocabulary-dense texts, most words fall into particular groups—groups that share underlying features.

Proper names. Stories and magazine articles are typically replete with proper names, many of which are difficult to pronounce (e.g., Boise in Geeks). Students need to learn that capitalized words within sentences often are proper names and that accurate pronunciation of these words is not a priority.

Picturable words. Research has shown that concrete words that can be  represented in pictures are learned more easily than abstract words (Strain, Patterson, & Seidenberg, 2002). Using pictures to create a context for a new concrete word (e.g., smelting) or to support English Learners in relating a known concept with the English label (e.g., necklace) are especially effective ways to support the vocabulary development of English Learners. Pictures that illustrate these words will support students’ recognition much more effectively than extended discussions. Sources for images (with certain copyright restrictions but free and downloadable) include Flickr and Wikimedia Commons.

Compound words. Compounding of two root words is a primary way in which many new words are added to English. Some compound words in Geeks illustrate how new words are generated, especially with inventions in fields such as digital technology: software, motherboard, network, upgrade, and playlist.

Compound words typically have a connection to the root words within them, but they often have idiomatic meanings. As a consequence, compound words with the same headword (e.g., up in upgrade, uproar, uptown, uptight, upkeep) cannot be taught in the same way as words from the same morphological family (e.g., suspicion, suspiciously, unsuspicious). The upside of compound words is that most headwords (and often the second word as well) belong to the core vocabulary. Once students learn to use the headword to predict meanings of compound words, their word-recognition vocabularies expand considerably.

Morphological families. Becoming facile with inflected endings and affixes is also a critical part of preparing students for reading complex text. Among the 300,000 words of the extended vocabulary, most belong to morphological word families with an average of approximately four members. Lessons on the relationships among members of a morphological family are essential to developing the expectation that words are connected to one another structurally (e.g., formality, formal, formalize, informal, informally). Such lessons provide students with opportunities to use words in meaningful ways, not simply to memorize the meanings of suffixes and prefixes.

Even when students have been taught strategies to recognize a high percentage of the words in complex texts, a group of words remains to be learned (see Table 2). These words need individual study. Lessons on the vocabulary of specific texts have two dimensions: (a) an overview of the task and (b) instruction on specific words.

An overview of the task. The CCSS refers to the scaffolding of complex texts for challenged readers, but the forms of this scaffolding are not described. Frequently, scaffolding has been interpreted as reading a text for students or leading students through a guided reading of the text. However, students need to take responsibility for reading, including initial reads of texts, if they are to improve their comprehension. But teachers also need to give students a realistic view of the challenges of texts by identifying core (in black) and extended (in gray) vocabulary in samples of text, such as the following:

He wasn’t just a kid at a computer, but something more, something new, an impresario and an Information Age CEO, transfixed and concentrated, almost part of the machinery, conducting the digital ensemble that controlled his life. (Katz, 2000, p. 19)

Four days before, she had playfully teased him for putting a life belt in her stateroom, if the ship was meant to be so unsinkable. At the time he had laughed and assured her it was a formality … she would never have to wear it. (Lord, 1955, p. 22)

One of several text analysis schemes can be used to distinguish between core and extended vocabulary (e.g., Laurence Anthony’s AntWordProfiler software).

Next, teachers should address the words for which previously taught strategies should be applicable: proper names, picturable words, compound words, and morphological families. Teachers can’t review all of the words in these categories, but they can give students examples of words of different types within the text.

Instruction of specific words in extended clusters. The remaining words become the grist for instruction. In NTR, these remaining words account for approximately one rare multisyllabic word per 100 words of text, including words such as adamant, formality, solicitous, and suspiciously. In Geeks, the number of rare multisyllabic words per 100 is two, including words such as alumnus, ensemble, impresario, transfixed, and contemplated.

A handful of the most critical words—those that are fundamental to the meaning of the text—can be introduced before students read the text. For example, the unsinkable reputation of the Titanic led to particular stances on the part of passengers (e.g., bewildered, protested, suspicious) as well as on the part of the crew (e.g., solicitous, reassuring, adamant).

Short lessons on critical vocabulary should also follow the initial reading of a text. In addition, discussions of critical vocabulary are an essential part of the close reading of text. For example, in the segment from Geeks above, the author’s use of the phrase “conducting the digital ensemble” merits discussion, as do words such as dispensable. Would the use of disposable, superfluous, unnecessary, or useless have served the same function as dispensable?

A final post-reading vocabulary activity asks students to record critical words and their semantic connections (e.g., the above-mentioned synonyms of dispensable) and morphological derivatives. For English Learners, such records are important as references for writing and as records of what they have learned.

A rich vocabulary and strategies that permit students to read texts with new words are essential to comprehending complex text. For English Learners, a rich vocabulary and strong strategies result from intentional instruction on the part of their teachers. This intentional instruction is not a one-shot occurrence but rather a sustained effort that focuses on categories of words (e.g., compound words, picturable words) and also on words within specific texts, especially words which are part of extended networks of words.

Hiebert, E.H. (2013). Core vocabulary and the challenge of complex text. In S. Neuman & L. Gambrell (Eds.), Reading Research in the Age of the Common Core State Standards. Newark, DE: IRA. [Pre-publication version of the chapter is available at https://textproject.org/library/articles/core-vocabulary-and-the-challenge-of-complex-text/]