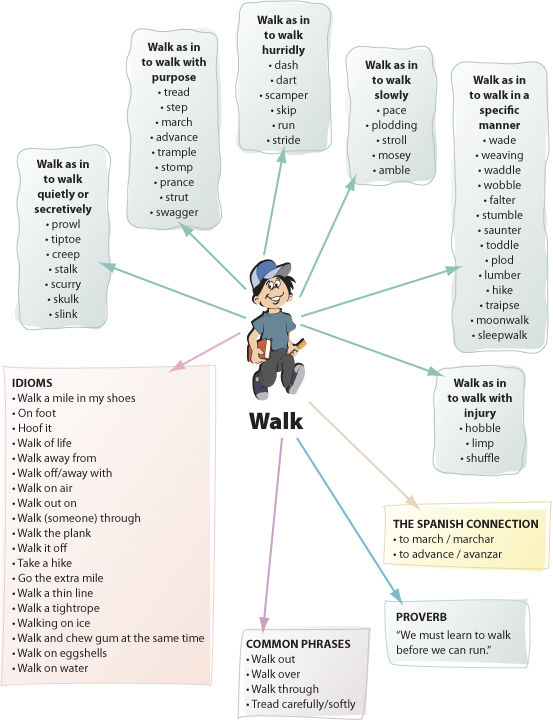 Encourage students to recognize the different ways in which people can walk. One way to understand the distinctions in movement is for students to “practice” walking in particular ways. For example, while plodding and strolling are both slow, the two ways of moving have distinctions.

The word walk is a merging of two different Old English words that are cognates of the Middle Dutch word walken. The Spanish word for to walk is caminar. Walk and caminar are not cognates. However, some of the synonyms for walk do have Spanish cognates. 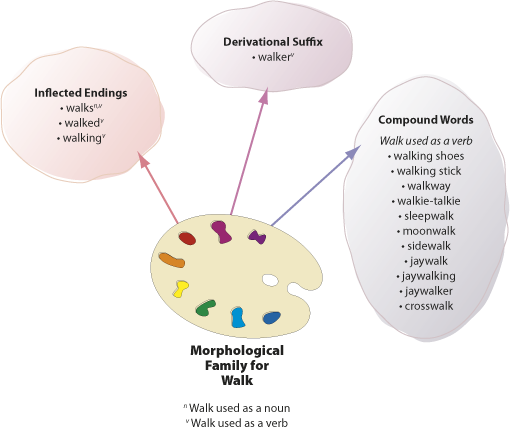