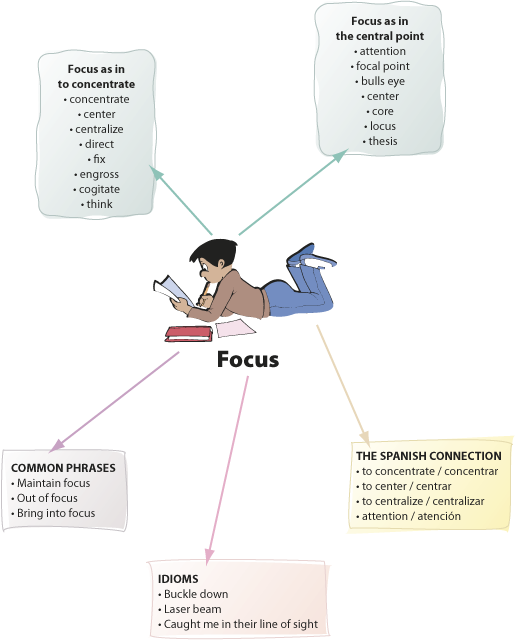 The focus of this discussion is focus! This versatile word can serve as a verb or a noun, and it is useful in quite a few specialized contexts such as math and physics.

The verb focus expresses the act of concentrating. A teacher may instruct his class to focus on a specific task, such as a reading assignment, or on a particular topic, like photosynthesis or the word for the day. If students are distracted, their teacher might even use the command, “Focus!”

Focus as a noun is the object or idea of central importance. In writing, the focus of a paper is the main point or thesis of the paper. The focus of a music lesson might be learning a new chord. A lost pet would be the focus of a search.

The word focus, furthermore, has specific meanings in geometry, in the study of earthquakes, in computing, and other scientific and technical fields. In physics, focus can be defined as the point at which rays of light or other radiation converge. In math, focus is the point from which a circle or a curve is generated.

Focus comes from the Latin word focus. The definition of the original Latin focus was a “domestic hearth” or fireplace. Clearly the meaning of focus has changed quite a bit over time, although one can imagine that in early times the fireplace would have been the center of activity in a home. The Spanish word for focus is the cognate foco. 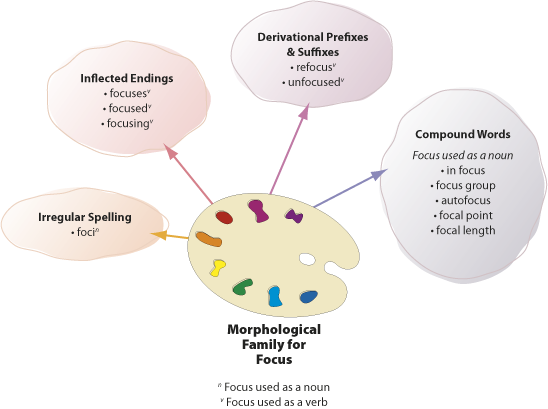