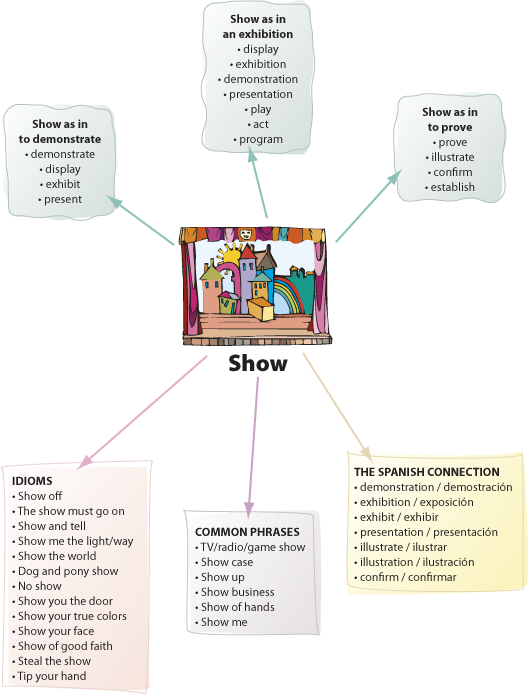 In a classroom, students may be asked to show how they solved a math problem. Teachers may show students how to use microscopes correctly. In both situations, the activity requires a demonstration of how a task is accomplished. The word show can be used as a verb or as a noun.

As a noun, show refers to a public display or performance. A show could be live theater, such as a play on Broadway in New York City. It could be a television or radio program, or even the entertainment provided by a musician on the street.

The word show comes from the Middle English sheuen that means “to look at, display.” From the definition of sheuen, we see that the original meaning for show was a verb that over time developed into use as a noun. The Spanish word for to show is mostrar. Show and mostrar are not cognates, but some synonyms for show are. 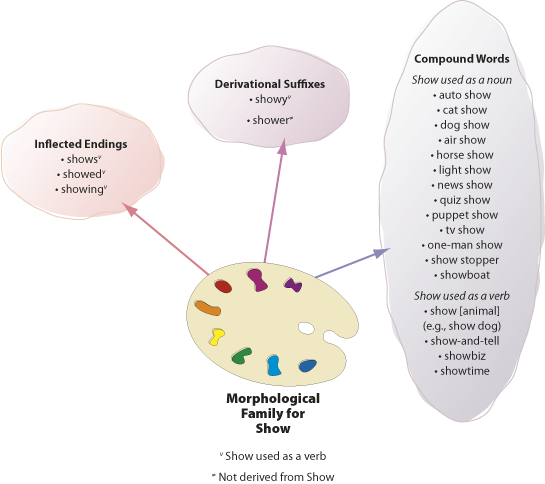