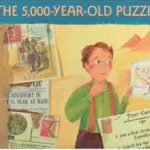 The 5,000-Year-Old Puzzle: Solving a Mystery of Ancient Egypt

As the book describes, the people in the story are fictional, but the book is based on actual pictures and artifacts of the exploration of Queen Hetepheres’s tomb (identity revealed near the end of the book). In addition to the narrative, there are also sidebars loaded with facts about topics such as tools of the trade and jewelry found in the tomb. Queen Hetepheres’s mummy was never found, but many artifacts uncovered were the kinds of everyday items that scientists had never studied before. This book is a great way to bring the excitement and anticipation of a new discovery to the class. 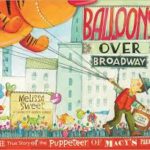 Balloons Over Broadway: The True Story of the Puppeteer of Macy’s Parade

Written and illustrated by Melissa Sweet

Tony Sarg (rhymes with arrrg!) specialized in puppetry. He started his career making marionettes and even had a show on Broadway in New York City. So how did a puppeteer design one of the most popular American events, the Macy’s Thanksgiving Day Parade? As this book shows, the parade did not start out as it is now. The giant balloons came when Tony Sarg realized that only the people nearest to the parade could see the puppets. This is a wonderful book about how something as grand as the Macy’s Thanksgiving Day Parade had humble beginnings but, with lots of work and creativity, became a beloved tradition. 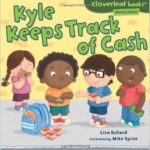 This book is one in a series that focuses on money and economics for young kids. In this book, the reader follows Kyle as he learns about creating a budget for an upcoming camping trip and as he sells candy to help raise money for the trip. The simple and clear text makes it easy to follow the concepts taught in this book.  The rest of the series deals with more economic topics, such as saving money, borrowing money, and price comparisons. 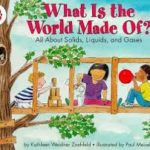 What Is the World Made Of? All About Solids, Liquids, and Gases

This book looks at the solids, liquids, and gases that are all around us. The author uses everyday objects to describe each state of matter. Water is used as an example of something that can move from one state of matter to another. Each description is set up so that children (with adult supervision) can explore the three states of matter and see how matter can change from a liquid to a solid, then to a liquid, and finally to a gas by changing the temperature. Children may already know about solids, liquids, and gases, but this book gives formal definitions for matter. 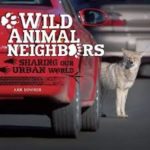 Everyone knows that bears live in the forest and alligators live in the swamp. But as cities spread out more and more, wild animals can be found living in our cities. This book describes specific instances of animals found living in the city as well as a little history of how the animals got to be urban dwellers. There is also scientific information about each animal. This book would be a great resource for any unit on habitats. 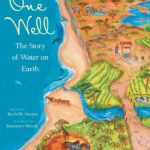 One Well: The Story of Water on Earth

This book takes the persective that all living things on Earth use water from one global well. It’s a great reminder that everything on earth is interconnected. Starting with a close look at where water can be found on Earth, this book is organized into short chapters that are perfect for read-alouds. The author doesn’t just look at the amount of water people use, but also how much water plants use.  This book is great way to study how the water cycle connects the water from one part of the world to another. 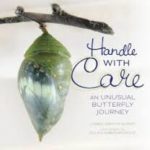 Where do the butterflies in museums come from? From a butterfly farm, of course! This book is a fantastic look at how butterflies are raised from eggs and sent to museums. The pictures of the different stages of the butterfly life cycle are the best feature of this book. Most people only see the larval stage and adult stage. This book shows how small the eggs are and how the chrysalis is perfectly packaged. The clear and concise text is the perfect accompaniment to the images of beautiful butterflies. 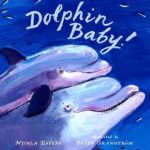 This book follows a dolphin baby soon after it is born. It’s a gentle story of how Dolphin grows into an adolescent dolphin, learning how to echolocate and whistle. There are facts on every page that make rereading a must. 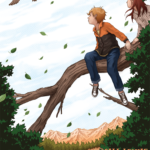 Ospreys soar above the Scottish landscape in this novel about a boy learning to see himself as an individual and to follow his passion. The main character, Callum, becomes friendly with a girl named Iona who is thought “weird” by his friends. Iona has discovered something on his farm—an osprey nest—that no one else knows is there. Callum and Iona then help a scientist free an osprey from the nest who has become entangled in fishing line. The scientist fits the osprey with a satellite transmitter so they can all monitor her movements. However, Iona dies before she can participate in the tracking project.

Callum eventually lets his friends in on his secret, and the three boys track the osprey as she migrates to Africa. After they lose her signal, they locate a girl named Jeneba in The Gambia, whose family finds the bird. The girl needs surgery, so, in thanks, the boys raise money to bring her to England for the operation.

This novel was written by a veterinarian who provides solid scientific information about how animals are rescued, released, and monitored in the wild. It would be appropriate to include in a unit about animal migration or a unit about having the courage to resist bullies and to do what’s right in the face of resistance. 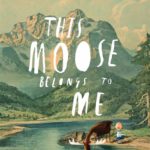 This Moose Belongs to Me

This Moose Belongs to Me is a silly book about “owning” an animal. One day Wilfred comes upon a moose and decides that the moose is his to “own.” The only thing is that the moose does not care much about being “owned.”

Do people own animals? Or is it more of a case that the animal happens to like where it is?