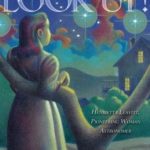 The skies are full of wonders, thought Henrietta Leavitt as she looked up into the heavens. She wanted to know everything about the stars. However, in the late 1800s, astronomers were men, not women.

Still, she persisted in her studies, and got a job in an observatory. But again, men looked through the telescopes. Women measured and calculated the men’s findings.

One day, Henrietta discovered that some stars blinked, and that there was a pattern in their blinking. Eventually, she concluded that the blinking showed how bright stars are. That observation helped her figure out how far away the stars are. Her discovery also helped other astronomers discover galaxies outside the Milky Way.

In addition, the book might appeal to students who are reading at a lower grade level, in that it gives them access to science content, but is not written exclusively for young readers. Additional resources can also be used to extend its content.

Written and illustrated by Sarah Garland

Azzi in Between is a modern-day immigration story. We learned in school of the waves of immigration that occured in early 1900s as a result of famine and lack of work in Europe. Nowadays, we are finding that in addition to those seeking employment, there are also families leaving their home countries to find refuge from war.

This is a graphic novel that shows the reader the fear while fleeing from harm, the stuggle to integrate into a new country, and sometimes the guilt for those left behind.

Nope, the title of the book is not Sardines. It’s Stardines. What’s a stardine? It’s a fish that swims in the sky.

STARDINES swim high across the sky,

And brightly shine as they glide by.

When other creatures are in bed,

In silence, these nocturnal fish

Are set to grat the slightest wish.

This fantastic book of poetry is a clever play on words and ideas. What a fun lesson it would be for students to make up their own words and describe in a poem. 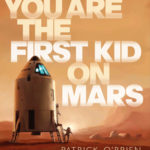 You Are the First Kid on Mars

Written and illustrated by Patrick O'Brien

What would it be like to visit Mars? How would you get there and how long would it take to get there? Where would you sleep? Take a look at You Are the First Kid on Mars by Patrick O’Brien to find out. 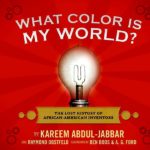 What Color Is My World?

Modern technology is built upon the knowledge and discoveries of innovators of the past. From headphones to breadmakers, these machines were created by people of all races and genders. Take a look at What Color is My World? to learn more about African-American innovators. This book packs in lots of interesting information, so much so that we recommend reading the story part of the book first, then going back and reading the highlighted biographies. 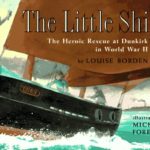 Remembered as one of the most important and valiant efforts to save human life, the series of events at Dunkirk, France that occurred from May 26 to June 4, 1940 provide a fantastic example of how ordinary people can help move mountains. The main characters in this book are fictional, but the boat, Lucy, is not. Because of the subject matter, this book would not be appropriate in primary grade levels. It would perhaps be better for a group of older students whose reading ability may not be as strong as their classmates. 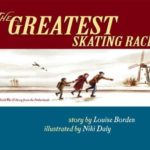 This is a fantastic story of the courage and physical endurance of a boy determined to get his friends to safety. During the coldest of winters, the canals of the Netherlands and Belgium freeze and form a highway of sorts. People of all ages take to the frozen canals and skate from place to place. Only during the coldest of winters, when the canals of 11 cities freeze, do the Dutch hold the Elfstedentocht, the Eleven-Town Race. It is on these frozen canals that Piet Janssen has to travel to get his friends to Belgium, where they will be safe from German Soldiers. 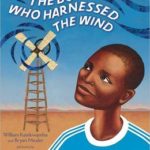 The Boy Who Harnessed the Wind

Drought and famine took away William Kamkwanba’s chance to continue his education. But he did not let hardship keep him from learning. What his family needed was a way to pump water from underground. This would allow his family to grow food to eat and to sell at the markets. He found his solution in a picture of a library book. 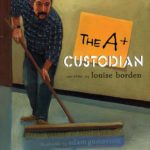 This is a lovely book about showing appreciation to those who work tirelessly to help schools run efficiently. A pair of twins arrive early every school day because their mom is a teacher. They see their school’s custodian getting the school ready for the day. They help with his morning tasks but soon they realize that there is something missing. Students get notes of job well done, so where are all the notes for Mr. Carillo, their custodian? 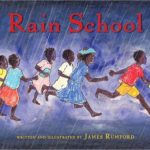 Written and illustrated by James Rumford

For many Americans, the idea that schools are only temporary places of learning is a novel one. Where do teachers put all the desks, chairs, and books? In Africa, where building materials come directly from the land, the rebuilding of the school is part of the education. After all, it’s the lessons learned that need to last a lifetime, not the building in which the lesson was learned.