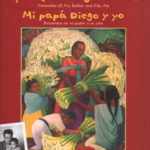 My Papa Diego and Me / Mi papa Diego y yo

Many books have been written about Diego Rivera and his art. This one is different in that this is a remembrance of Diego Rivera from the life he shared with his daughter, Guadalupe Rivera Marín. The artworks are all Diego Rivera’s and the text is written in both English and Spanish. For those interested in Diego Rivera’s life and art, this book would be a fabulous read. Denied, Detained, Deported is a great book to start conversations or debates on immigration. There are a few biographies to highlight different immigration scenarios. These personal biographies are the real gems of the book. However, statistics and histories of the subjects give a broader picture of the situation. Written by Alice B. McGinty; Illustrated by Mary Azarian

Darwin’s theory of evolution is still as controversial as when The Origin of the Species was published in 1859. With different sides still arguing the debate, what’s left in the shadows is the man Charles Darwin. Who was he? Was he interested in science his entire life? Did he know the impact of his theory of evolution?

This book is an introduction to the man, Charles Darwin. Sprinkled throughout the book are Darwin’s actual journal entries. The illustrations are a wonderful accompaniment to the text. Written and Illustrated by Don Brown

Dolley Madison played a role in the important history of the White House. Before she was a First Lady, Dolley was the hostess to many official White House functions while Thomas Jefferson was in office. (It should be noted that while Dolley lived there, the White House was called the President’s Mansion.) Dolley continued the role of hostess when her husband, James Madison, was elected to become the nation’s 4th president. Over the years, Dolley became well known for making everyone feel welcome at the White House. In an effort to make it more hospitable, Dolley also renovated the interior of the White House.

One of the items she used in the renovation was a full-length portrait of George Washington, also known as the Lansdowne portrait. The portrait was painted by Gilbert Stuart, as a gift from Senator and Mrs. William Bingham of Pennsylvania to the Marquis of Lansdowne, a well known supporter of the American Revolution. When the War of 1812 brought British soldiers to the steps of the White House, Dolley had the portrait cut from the frame and removed for safekeeping. As was customary at the time, Stuart made copies of the Lansdowne portrait, where they were hung in official US government buildings. During the War of 1812, the original Lansdowne portrait was still in England. The portrait that Dolley Madison saved was one of those copies Stuart made. The original has since been returned to the United States, and it is currently hanging in the National Portrait Gallery, at the Smithsonian Institution in Washington, D.C. 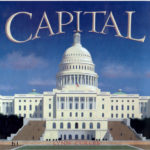 Land for United States government was set aside by the US Constitution (Section 8, Clause 17). The main purpose for Washington, D.C. was for it to be the location of the US government. Now Washington, D.C. serves a mixture of purposes. There are monuments to important figures and events in American history. There are also many museums holding millions of artifacts that have significance to the United States. The original purpose of Washington, D.C. has not been lost. It is still the location from which elected leaders govern the nation.

Capital by Lynn Curlee gives the history of the construction of five important buildings: the Capitol Building, the White House, the Washington Monument, the Lincoln Memorial, and the Jefferson Memorial. Of these five buildings, the greatest focus is on the Capitol Building. This is a fabulous book that complements Top 10 Washington, D.C. There are fascinating stories of each building, such as what the White House looked like when Presidents John Adams and Thomas Jefferson lived there. There are also great factual tidbits, such as before the Eiffel Tower was built, the Washington Monument was the tallest manmade object in the world. 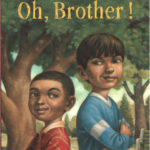 Oh, Brother! is written by Nikki Grimes, a Coretta Scott King Author and Illustrator winner. In her latest book, Grimes explores a little boy’s emotions as he adjusts to his mother marrying a man with a son. Xavier knows that things are better now that his father and mother are no longer together, and he knows that his mother’s new marriage is a good thing. But Xavier is not happy with his “Mr. Perfect” stepbrother. Eventually, Xavier realizes that he and his new brother are not that different from each other after all. 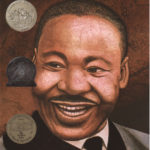 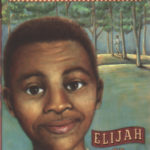 Elijah, of Buxton is a fabulous book about the first child born in the town of Buxton, Ontario, Canada. What makes Elijah and his birth so special is that he was born in a town of freed slaves. Seeking a way to free his slaves, Rev. William King took the 15 slaves he inherited to Canada and helped establish a community where his former slaves could build a meaningful and rich life. Eventually word got out about Buxton and it became a destination on the Underground Railroad. To this day, Buxton exists as a community composed mostly of the descendents of freed slaves.

Just like in Bud, not Buddy, Curtis infuses humor and mischief to lighten the bleak reality, in this case, of slavery. The end result is a great book that I look forward to rereading. In 1859, a large slave auction was held to sell Pierce Butler’s slaves. During the two-day slave auction, over 400 slaves were sold. For the duration of the auction, a heavy torrential rain fell from the sky, and because of the rain, this moment in history was known as “the weeping time.” From this historical event, the author Julius Lester weaves fact with fiction to tell a compelling story about the attitudes towards slavery and how large slave auctions affected the slaves involved.

Another interesting thing about this book is its format. Though Lester did not intend Day of Tears to be a play, the format of the book makes it possible to read the book aloud in a group setting. The format also makes it easier for readers to visualize the story as it unfolds, and makes the characters and events even more real and poignant. In addition to the narration, Lester includes flashback memories from each key character in the book and intersperses them within the narrations. This gives the reader a more rounded picture of each character.