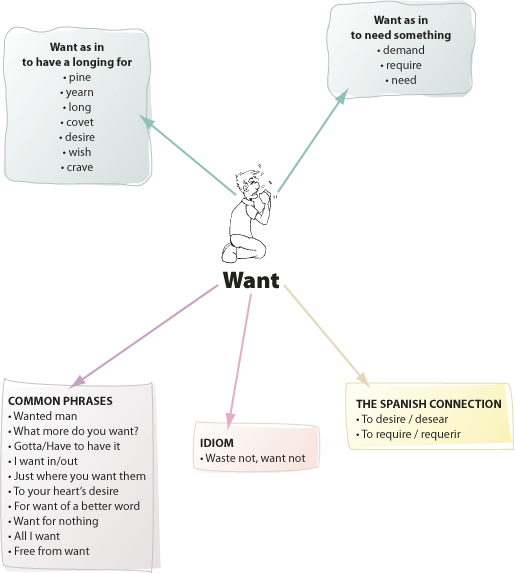 Want is another word that clearly expresses a basic idea, but that can include a wide range of nuanced meanings. The verb want commonly describes a wish, desire, need, or craving for something. Teachers want their students to be on time, seated, and ready to work when the school bell rings. A student may want another piece of paper, or some assistance, from the teacher. Every desire of the princess was filled, she wanted for nothing. A person lost in a desert desperately wants water.

The word want can also refer to lacking or being deficient in some way, as in “The house wants painting.” Often this is expressed using the phrases “for want of” or “in want of.” For want of a buyer, the house sat empty. The crops were dying for want of rain. A teacher might tell a student that her paper has many grammatical errors and is in want of a good proofreader.

Want may be used to convey a mild wish, a hoped for but nonessential desire, a strident demand, or an absolutely critical need. The many synonyms for want are useful to clarify the many degrees of this concept.

Want is an adaptation of an Old Norse word, vanta, which meant “lacking.” One can see a logical expansion of “lacking” to the meaning “need.” The Spanish word for want is not a cognate, but some of the synonyms for want do have Spanish cognates. For example, the cognate of the word need is necesitar. 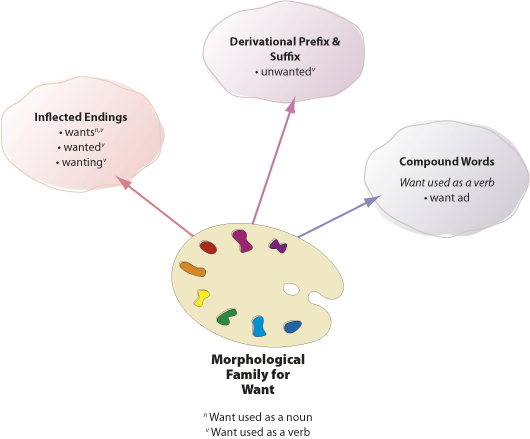